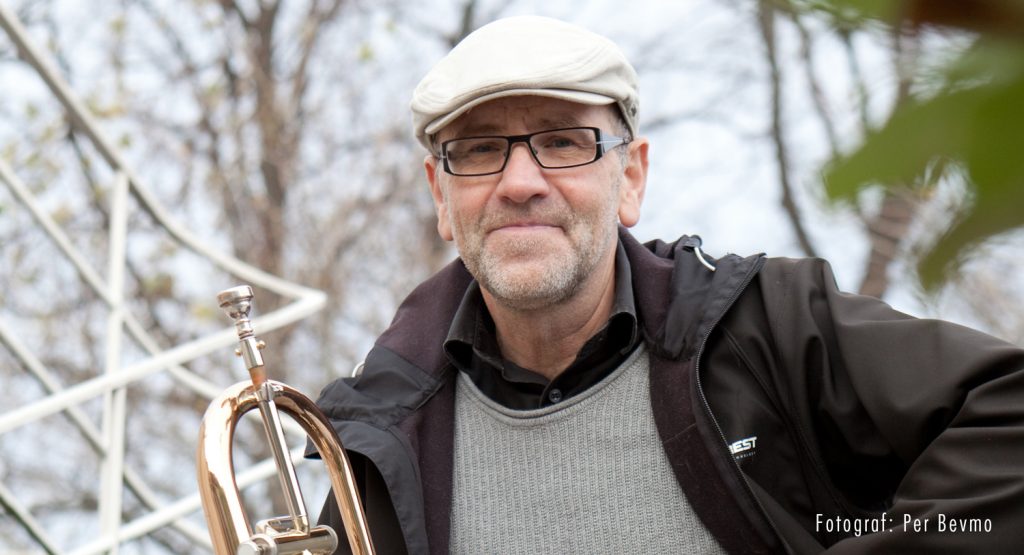 From prog band Ragnarök to Silver Bear winner A Soap.

Magnus Jarlbo is an established film and theatre composer, responsible for the scores of a great amount of feature films, short films and plays. His music career started with the band Ragnarök, in which he played trumpet and keyboard. They toured frequently during 1980–81. Magnus composed parts of their repertoire; he was already very interested in composing. In 1988, he compsed the score to the TV thriller Främmande makt, by Jan Hemmel, which resulted in his composing being his primary occupation.

“The Legacy” is screened all over the world

“Beyond” awarded in Venice

Beyond, which premièred December in 2010, was no doubt a success both from the critics’ and the audience’s point of view. Magnus wrote the music in collaboration with Sebastian Öberg from Fleshquartet. It drew a lot of attention at Venice Film Festival and also received the International Critics’ Week Award. It was directed by Pernilla August and produced by Helena Danielsson and Ralf Karlsson. Natasha Senjanovic wrote this in her review in The Hollywood reporter: “The look of the film is grainy, which adds to its flashbacks, and the music is unassumingly simple and haunting”. Hynek Pallas wrote in Svenska Dadbladet: “Åsa Mossberg’s editing combined with the score make the time transitions so beautifully effective”.

In autumn 2009, children and adults could enjoy the 16 episode SVT series Cirkus Imago. Season 2 hit in the spring 2011, with another 16 episodes. The score was written by Magnus, and the directing was done by Morgan Alling, who also played one of the roles.

Jag är min egen Dolly Parton was one of the most noticed Swedish documentaries during 2011. The film is about the four female singers Nina Persson, Cecilia Nordlund, Lotta Wenglén and Helena Josefsson, and the music producer Gudrun Hauksdottir. It was directed by Jessica Nettelbladt, and Magnus Jarlbo was trusted to compose the soundtrack.

September 2008, the documentary Long Distance Love by Magnus Gertten and Elin Jönsson premièred at cinemas. It received many awards. Among them it was awarded best documentary at Hamptons International Film Festival in New York. “Delicious, atmospheric compositions”, Annika Gustafsson wrote about the original music in her review in Sydsvenska Dagbladet 2008.11.20.

During 2004, Magnus composed the music to the Norwegian Erlend E. Mo’s youth documentary Can you Die in Heaven (Kan man dø I himlen), which won the award for best children and youth documentary and best audio at the international competition Copenhagen Dox 2005. It was also nominated to the Robert Award 2006, in the category long documentary film.

During 2005, Magnus composed the score to the Danish director Pernille Fischer Christensen’s much recognised feature film A Soap. It won both the debutant award and a Silver Bear at Berlin Film Festival 2006, and was also nominated for a Robert (Danish equivalent to Oscar), in the category best film music 2006. Parts of the score was written in collaboration with Sebastian Öberg.

Anders Gustafsson’s feature film Percy, Buffalo Bill and I had its Swedish premiere in 2005. Börje Ahlstedt had one of the lead roles. The film is based on Ulf Stark’s book of the same name. Magnus wrote an extensive soundtrack that moved between different musical worlds.

Per Åhlin’s animated, feature film classic, Dog Hotel, (Hundhotellet) – a mysterious story, with music by Magnus Jarlbo – has been shown many times over the years on SVT and many other channels. The film had its premiere in 2000. The voices were done by, amongst others, Hans Alfredson, Johan Ulveson, Pernilla Wahlgren and Tomas von Brömssen.

Magnus has also got a collaboration with the variety theatre Barbès, and their artistic directors Pelle Öhlund and Nina Jämth, spanning many years. Barbès work in a strictly surrealistic style, switching between the absurdly comical and the deeply tragic. Magnus has set many of their productions to music, among others Performance 1994, Tapetdamen 1997, En vanlig dag 2000 and Dagen då Leopold blev ond 2005.

In the autumn 2004, Barbès set up a dramatised, choreographed “concert performance” which was based completely on original music by Magnus Jarlbo. Sweet Box was very well received, both by its audience and by critics. “Sweet box is a peculiar, delightfully musical and rippling production”, Malena Forsare wrote in her review in Kvällsposten, and Boel Gerell wrote the following in Sydsvenska Dagbladet: “a steaming progress report from solitude”.

Barbès’s critically acclaimed production Ingen anledning till panik premièred in September 2008. “The ever-trustworthy composer Magnus Jarlbo surpasses himself with music which is completely integrated with everything going on on stage”, says Sydsvenska Dagbladet’s critic Fredrik Pålsson.

2016 Composer, Man With A Pram, documentary, directed by Mikael Strandberg

2005 Composer, Can you Die in Heaven, documentary directed by Erlend E. Mo.

2007 Composer, Snowangels, multimedia performance ordered by the city of Malmö

2007 Nominated to a Robert (Denmark’s Oscar) for the music to the feature film “En Soap”.