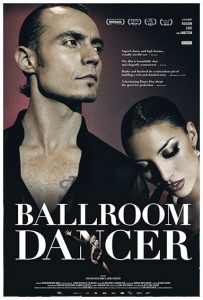 Magnus Jarlbo wrote the music to Ballroom Dancer, a documentary by Christian Bonke and Andreas Koefoed, about the dancer Slavik Kryklyvyy and his struggle to reclaim the World Championship title in Latin Dance. The film was chosen to open the documentary film festival CPH: DOX in Copenhagen 2011. It was voted Best Nordic Documentary Film in 2012 at the Nordic Panorama Film Festival in Oulo, Finland. In addition Ballroom Dancer was honored with a special jury prize at the Tribeca Film Festival in New York 2012.

« Beyond » The Hidden Child